"...Inyo County Animal Control was contacted on multiple occasions by several citizens who had serious concerns regarding the treatment of burros at the “Wild Burro Rescue and Preservation Project” in Olancha, CA. After an investigation, it was concluded that indeed the burros at this facility were suffering severe neglect such as overgrown hooves and lack of veterinary care.

“It appears to be a hoarding situation” said Mark Meyers.

Mark Meyers, Executive Director of the Peaceful Valley Donkey Rescue (PVDR) was contacted for assistance. Officer Richardson found PVDR after doing a quick search of organizations that might be able to assist given that there are over 160 animals at the facility..."

In all, 150 former Death Valley Burros, 9 horses and 7 mules were removed from the "rescue". The animals are currently stuck in limbo awaiting the results of the criminal case against Diane Chontos. They have all had their extensive dental work completed ($26,000) and the first round of hoof restoration was completed.

While we were gone and short handed in Texas, we had a huge wind storm. One of our giant shelters was completely destroyed along with various building roofs. No donkeys were injured.

This is why rescues fail. 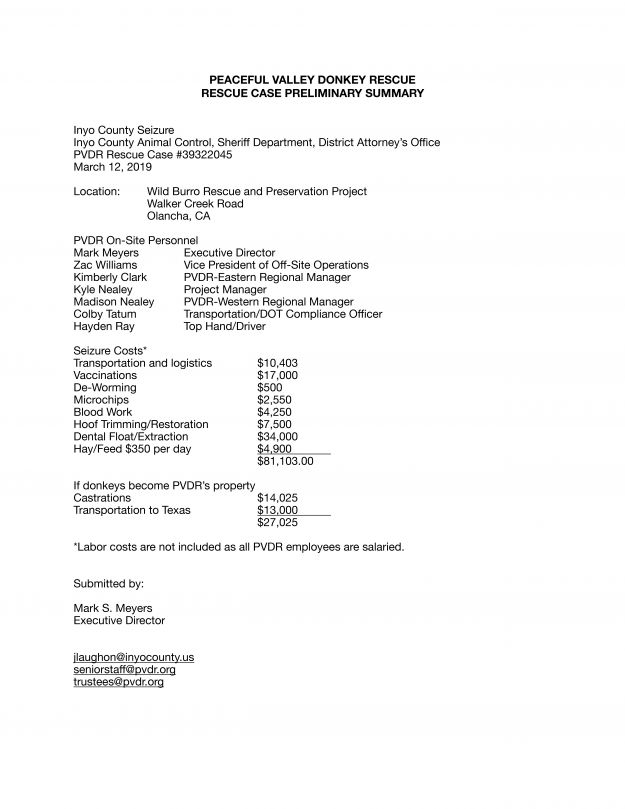