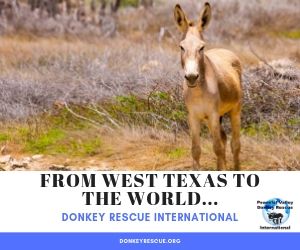 Since the dawn of colonialism, donkeys have been the primary tool used to harvest the wealth of the land. Able to adapt to nearly any climate, donkeys fueled the wealth of the European Empires in mining, agriculture and transportation. Having first arrived in the Americas in 1493, on Columbus' second voyage, donkeys were quickly distributed throughout the Caribbean Islands. Today, donkeys are overpopulated on many islands throughout the Caribbean. On most islands they are completely without an advocate and on the islands where there are supporters, they are underfunded and under appreciated.

Donkeys crossed into what is now the United States of America in 1598 with Spanish explorer Juan de Oñate. That was 9 years before the settlement of Jamestown was established and 178 years before the signing of the Declaration of Independence. Donkeys once again proved themselves indispensable and built the Spanish Trail System, the Catholic Missions, they were the front runner of the railroad construction and were used heavily in mining during the Gold Rush and after. Today, the 1971 Free Roaming Horse and Burro Act is failing. The protection is limited to only Bureau of Land Management administered lands and they are struggling under the weight of 70,000 horses and burros in their holding facilities. PVDR manages the burros on National Parks, US Military Installations and NASA Facilities.

Donkeys arrived on the Hawaiian Islands in 1825 and were used in the sugarcane and coffee bean plantations. As was the story throughout the former colonial territories, the end of World War II provided a surplus of inexpensive machinery. Donkeys lost their usefulness and were released to fend for themselves.This continued until the extreme drought 2010-2011 forced them from their remote habitat and into direct conflict with people. Peaceful Valley flew 120 wild donkeys from Kona to Los Angeles International Airport.

Donkeys arrived in Australia, directly from Africa, in 1977. Horses, who arrived nearly 100 years prior, were eating a plant from the rattlepod family and dying as a result. The donkeys were smart enough to avoid the plant and flourished. The African Wild Ass is extremely endangered and these direct descendants once again flourished making up 70% of the world's free roaming donkey population. At one point the continent was home to 5,000,000 donkeys, as of 2019 less than 1,000,000 remain. The governments of the Northern Territories and Western Australia embarked on a massive eradication program that targeted the free roaming donkeys, horses, camels and water buffalo. As a direct result of removing these large herbivores from the landscape, wildfires are devastating the country. 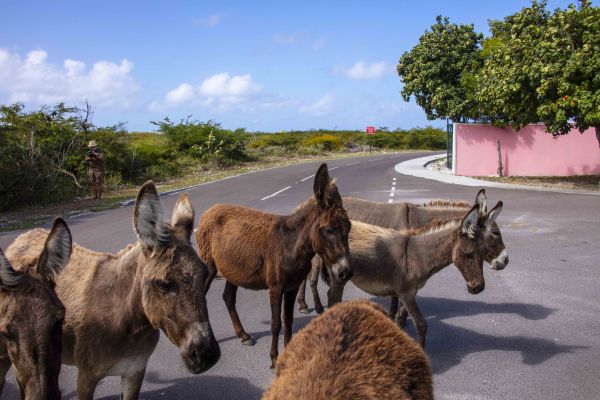 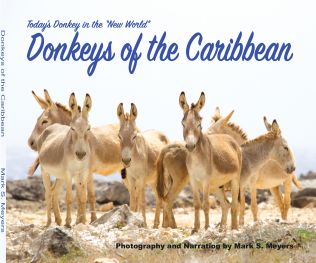